Hudson Valley Creamery's website uses cookies, small text files stored on your browser, to personalize your web experience and to analyze website traffic. By continuing to use this website without changing your settings, you are agreeing to our use of cookies and to our collection of information. For more information about what we and how we use it, visit our Privacy Policy.

Hudson Valley Creamery’s predecessor company, Chaunay, was established in western France in 1924. We have been present in the United States for over half a century when Chaunay began selling goat milk imported from France in 1965. We created a special line of long shelf life non-ripened goat cheeses tailored for the American market. In 1982, we innovated the original vacuum pack for goat cheese, the same year in which the first major U.S. goat cheese brand, Couturier®, was registered. Today, Hudson Valley Creamery is part of 125-year old Eurial, the dairy division of Groupe Agrial.

Agrial, originally based in Normandy, France, is organized as a food and agribusiness cooperative with 13,000 members and 22,000 employees. It is a global food and beverage company present in Europe, Africa and the United States. Eurial is a global leader in goat milk collection and processing with 4,600 member farmers producing 2.4 billion liters of milk each year from cows, goats and organic livestock.

Since 2012, the Couturier brand has been produced in the Hudson Valley of New York where we are surrounded by dairy farms and agriculture. Our mission here is to continuously innovate by producing fun and delicious flavors, and to use quality goat milk from Eurial’s farmer members so that we give our customer the best value. To this day, the taste of our French heritage remains an important ingredient in our cheeses. 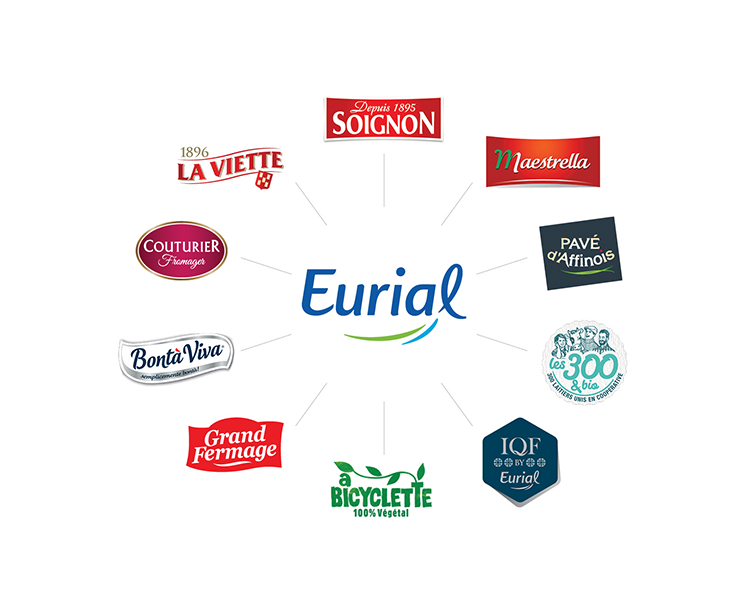 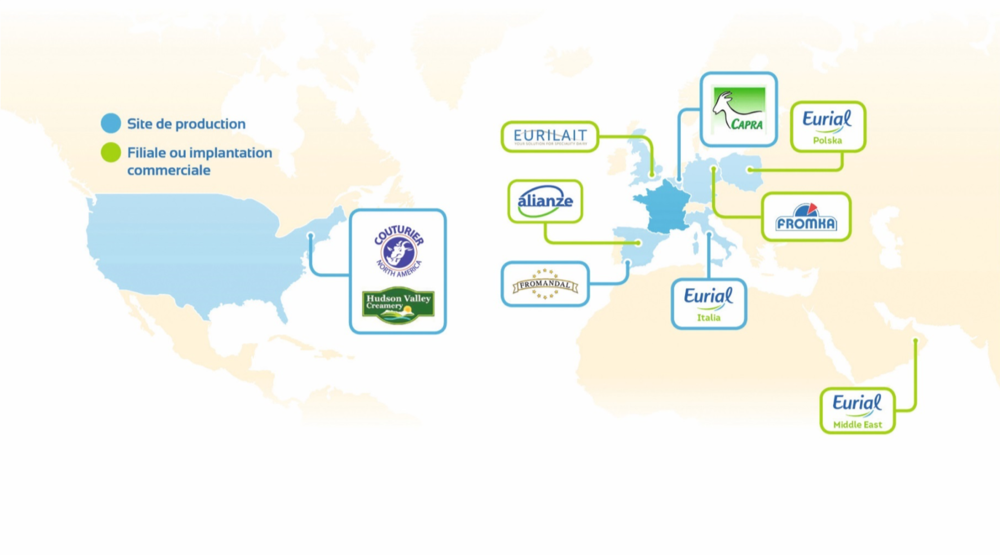 In 1924, HVC’s predecessor company, Chaunay, was established by a group of cow milk producers who built a plant in western France. In the 1950s, Chaunay was converted to a goat milk plant. In 1965, Chaunay started exporting goat milk to the U.S. marketed under the brand le Caillon®.

During the 1970s, several producers in France combined to create a cooperative called Poitouraine (derived from the Poitou region). In 1989, Poitouraine combined with two other large French cooperatives to form Groupe Eurial. To this day, Chaunay is Eurial’s main producing entity for non-ripened goat cheeses, exporting a portion of this production to the U.S. Eurial still manufactures Pouligny goat cheese (originally from Couturier) as one of its DOP products.

In 1981, as sales to the U.S. were expanding, Chaunay decided to create a special line of long shelf life non-ripened goat cheese tailored for the American market. The original vacuum pack goat cheese was innovated by Couturier in 1982. That year, the Couturier® brand was registered. Couturier became the market leader in the U.S.

In 2001, Couturier North America, Inc. was incorporated in Rhode Island as a sales office for Eurial in North America. About half the products sold were Couturier® brand and half were Eurial’s imported innovative brand Soignon®.

In 2021, we are happy to announce that our story continues with all our North American dairy activities which come under Hudson Valley Creamery, LLC (HVC). The same people continue to make high quality and great tasting products and we thank you for putting your trust in us over the last 60 years.

Stay in the Loop

Sign up with your email address to receive fresh news, recipes, and updates.